From the outset, it was recognized that the challenge of saving cranes was complex, involving diverse stakeholders and vested interests and that the store of local expert knowledge and access to funding was limited. With limited resources, the key to success of the KZN Crane Foundation would have to lie in its role as a facilitator, it would need to pull together stakeholders and draw on local and global knowledge and resources if it was to succeed.

Much of the early work of the KZN Crane Foundation centred around making farmers aware of the plight of cranes, this involved engaging with land-owners and our principal working partner The Endangered Wildlife Trust (EWT) in the creation of the Crane Custodian Programme.

Our most ambitious project to date, was the Wattled Crane Recovery Programme (WCRP), a collaboration between, EWT, Ezemvelo, the Pan African Association of Zoos and Aquaria (PAAZA), the Johannesburg Zoo, and the KZN Crane Foundation. Much of the funding for this project was provided by our primary sponsor N3TC. (To learn more about the programme click here WCRP).

The Wattled Crane Conservation Research Programme aims to improve our understanding of crane biology and habits, making use of electronic trackers to follow the movement patterns of sub-adult Wattled Cranes. The study is being undertaken by Lara Jordan as part of her PhD programme through the University of KwaZulu Natal and is supported by EWT and Ezemvelo with the financial backing of the Hans Hoheisen Charitable Trust. 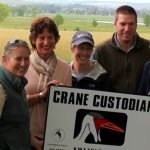 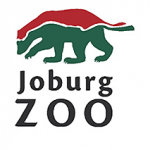