Fifty years ago South Africa’s National Bird, the Blue Crane, was a common sight in the grasslands of KZN, but today it is rare. During the Nineteen Seventies and Eighties, the population of Blue and Wattled Cranes in South Africa's grassland biome fell by 90%. In light of this, in 1989, a meeting of concerned conservationists was held, under the guidance and sponsorship of the Wildlife Society of Southern Africa (now WESSA), and the S.A. Ornithological Society (now Birdlife S.A) and supported by the International Crane Foundation (ICF) and the Natal Parks Board (now Ezemvelo KZN Wildlife). At the meeting it was resolved to establish a specialist body whose mission would be to understand the causes of this decline and find ways to reverse it.

In 1991, we established our headquarters at the Hlatikulu Crane and Wetland Sanctuary in the foothills of the uKahlamba-Drakensberg near Giants Castle Nature Reserve. At that time, our focus was on crane research and creating public awareness about the plight of cranes, through initiatives such as the Crane Custodian Programme. We also initiated a programme of raising Wattled Crane chicks for release back into the wild, and undertook extensive fieldwork.

In 2001, we moved to our present facility at the Usher Conservation Centre in Nottingham Road, and began the collaboration with three, conservation-minded local landowners which culminated in the establishment of the Bill Barnes Crane and Oribi Nature Reserve. With the aim of creating a model for environmentally responsible farming, in line with the Ezemvelo sponsored KZN Biodiversity Stewardship Programme. The reserve, which formally protects 450 ha of Drakensberg Moist Foothill Grassland, was one of the first areas proclaimed under this programme. This unique conservation area is home to resident breeding pairs of both Wattled and Grey Crowned Cranes and was made possible by the generosity and support of  the late Mr Peter Brown (father of Mr Chris Brown), Mr Jon Bates (owner of Fordoun Hotel and Spa) and Mr James Berning.

With the move to Nottingham Road, we expanded our community engagement by developing a comprehensive environmental educational programme, 'Cranes in The Class Room', which we began to introduce to the community schools in the Nottingham Road / Mooi River areas. In support of this, we were able to expose the children to nature at the BBCONR through a programme called the 'Nature Club' and in 2013 Jenny Stipcich, Viv Stacey and Gamelihle Sibanda published 'Wisdom Tales', a children's book, under our auspices. In 2015, we took on a full-time educational officer, to expand our community engagement programme. 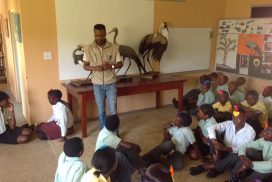 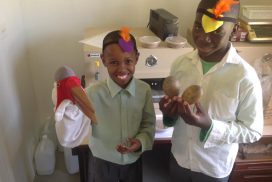 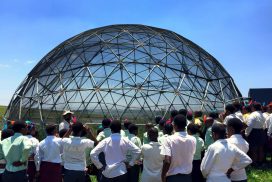 The KwaZulu-Natal Crane Foundation (KZNCF) is a non-profit conservation organization which has successfully fostered awareness of and interest in cranes, wetlands and grasslands in KZN. This has been done through educational outreach, biological monitoring, research, captive breeding, and close liaison with landowners to adopt crane-friendly farming practices. In order to do this, we have forged collaborative partnerships with Ezemvelo KwaZulu Natal Wildlife (EKZNW) and the Endangered Wildlife Trust (EWT) allowing significant conservation gains to be realized for cranes and their ecosystems.

In 2009, we joined forces with the Johannesburg Zoo and the African Association of Zoos and Aquaria (PAAZA) in the Wattled Crane Recovery Programme. Our contribution to this project involved building a world-class rearing facility and successfully rearing three crane chicks.

Individual  crèche pens for rearing and housing up to seven Wattled Crane chicks.

A dome which encloses an artificial wetland, to habituate chicks to roosting in water (which is one of their defensive strategies for avoiding land dwelling predators in the wild).

Veterinary facilities, a food preparation area as well as accommodation for "Chick Mums" who need to be at hand 24 x 7 particularly during the first few weeks of the life of the chicks.

The next phase of our research will involve understanding how young cranes transition from the time that they fledge, till they are integrated into the floater flock and become part of the adult population of breeding cranes. By fitting electronic tracking devices to sub-adult birds and tracking their movements as they mature, we will do this in much the same way as Amur Falcons are tracked on their long annual migrations between Mongolia and Southern Africa. 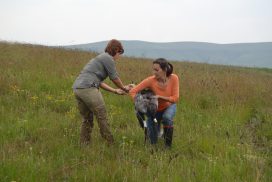 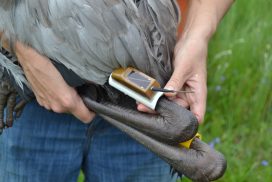 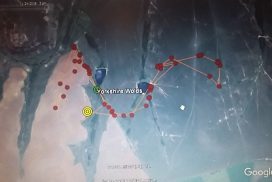